There are 14 dance studios at the Vaganova Ballet Academy, one of which is the Petipa studio, named after Marius Petipa, one of the famous choreographer who created his ballets in this hall. This studio has the raked (sloping) floor that replicated the slant of the Mariinsky's stage. 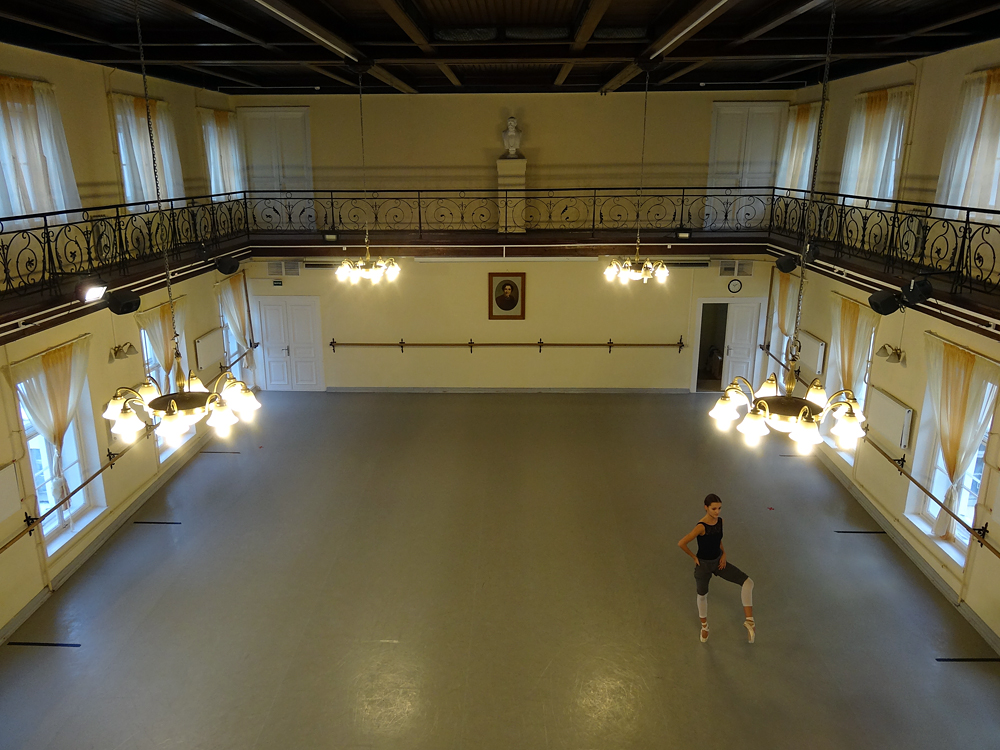 Darla Hoover,a répétiteur for the George Balanchine Trust, conducts a masterclass in the Petipa dance studio at the Vaganova Ballet Academy. 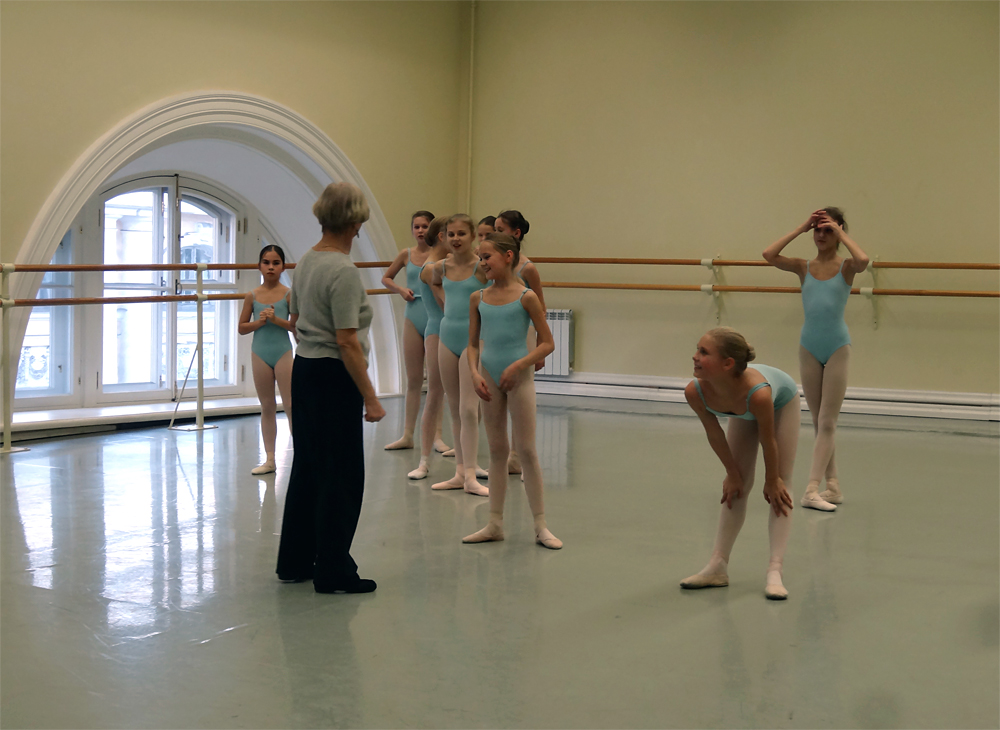 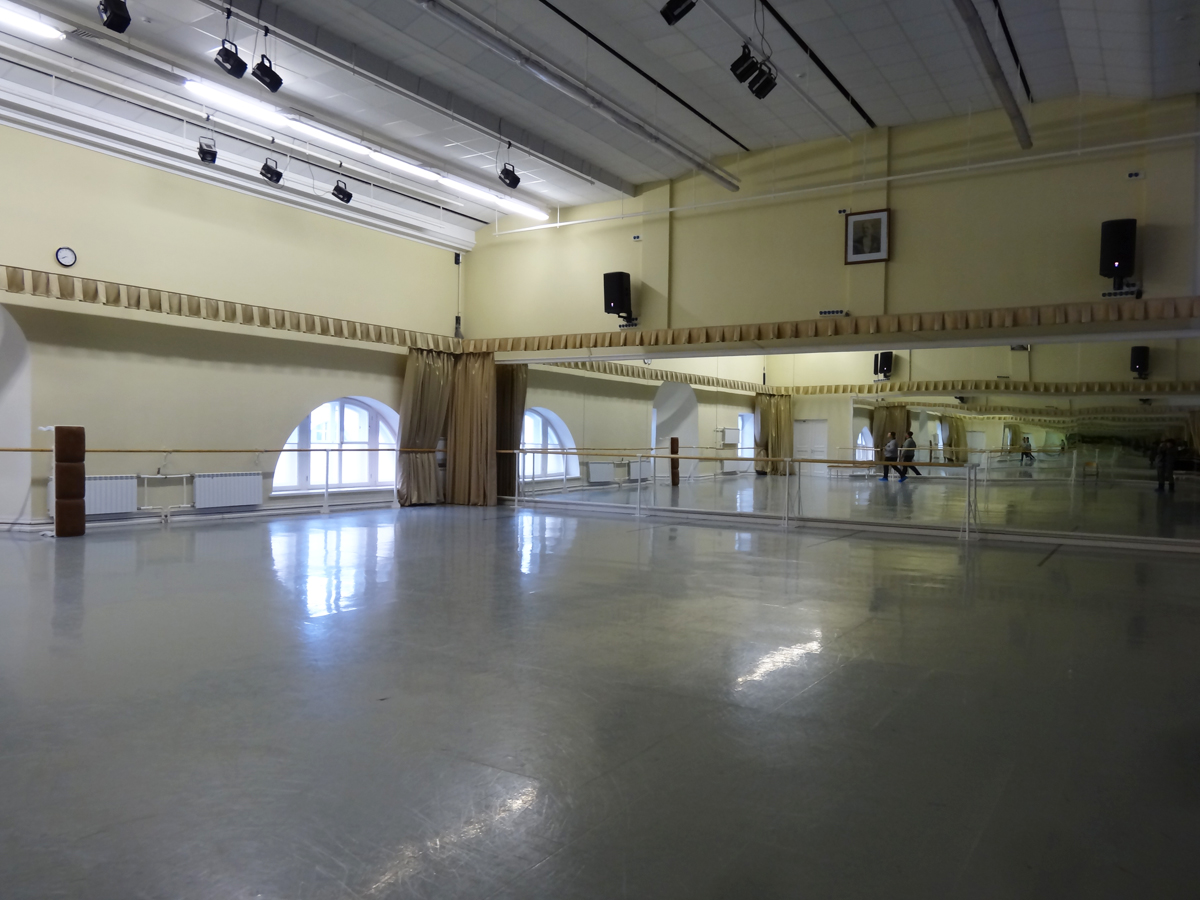